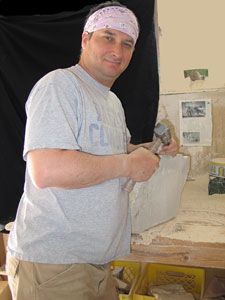 Vance Theoret is a stone carver of Mohawk/Metis descent.  He has been working in stone, primarily soapstone and alabaster, for more than thirty years.

Although he carves a large selection of different wild animals and birds, the bear has always, and continues to be, his favourite subject. “Bears are like big kids that never really grow up. So I can get away with portraying a lot of human qualities in them. I like to explore the more playful, curious aspects of bears.”

Vance connects with each stone, allowing its ancient memory to speak to him. “I let the stone tell me what it wants to be.” Using a ‘direct carve’ method, he lets his first impressions and the shapes suggested by each stone to guide his carving, allowing a design to emerge. This rough image is then refined into a clean, solid sculpture, with precise, yet minimal, detail.

Vance’s work has been widely collected and is in private and corporate collections in Canada, the United States, Germany, the Netherlands, and the United Kingdom.

At the “Calgary Stampede Art Show” in 2014, Theoret’s work was honoured with the “Best in 3-D Art Award”.

Exhibiting in a number of Canadian art galleries, Vance Theoret makes his home in the 100 Mile area of British Columbia. 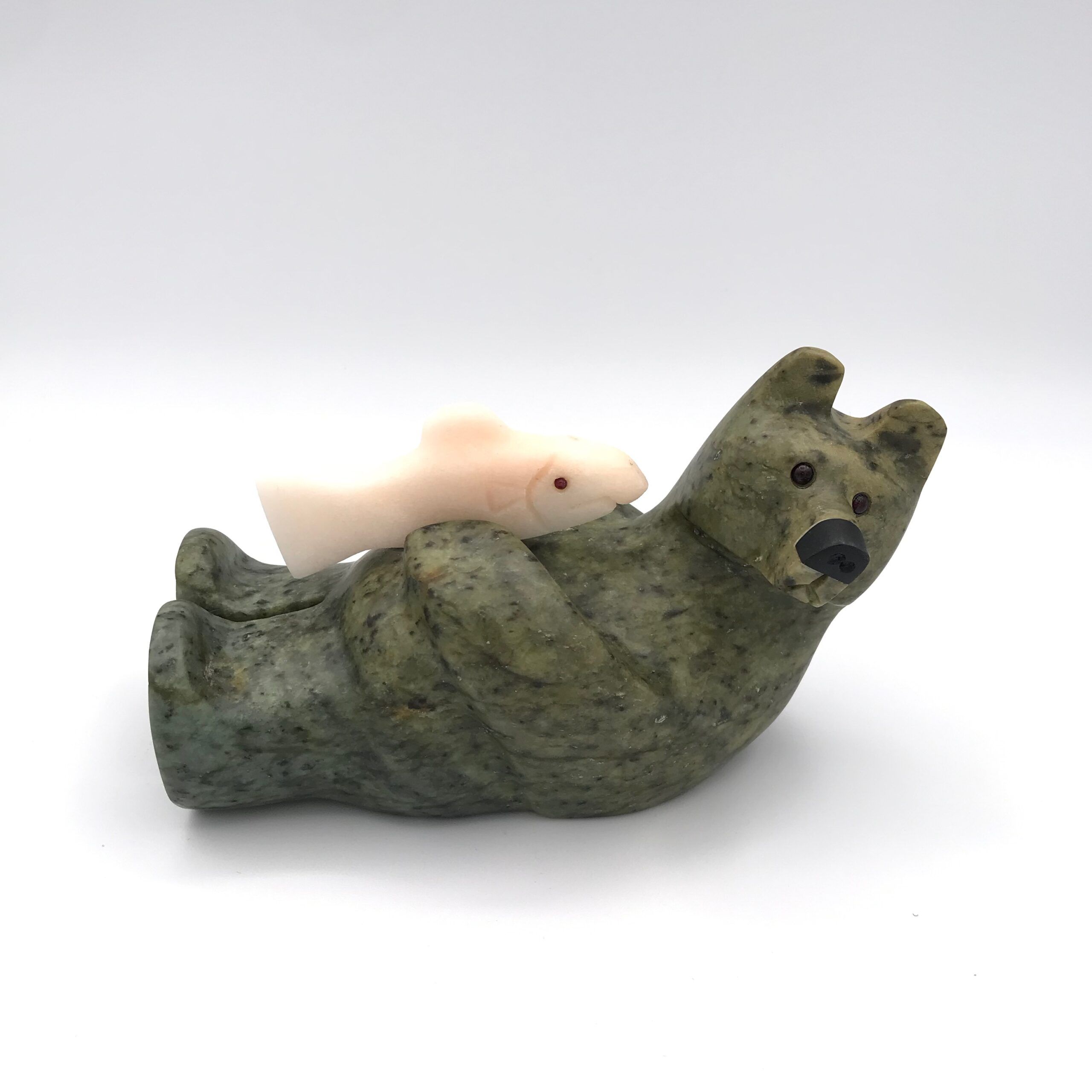 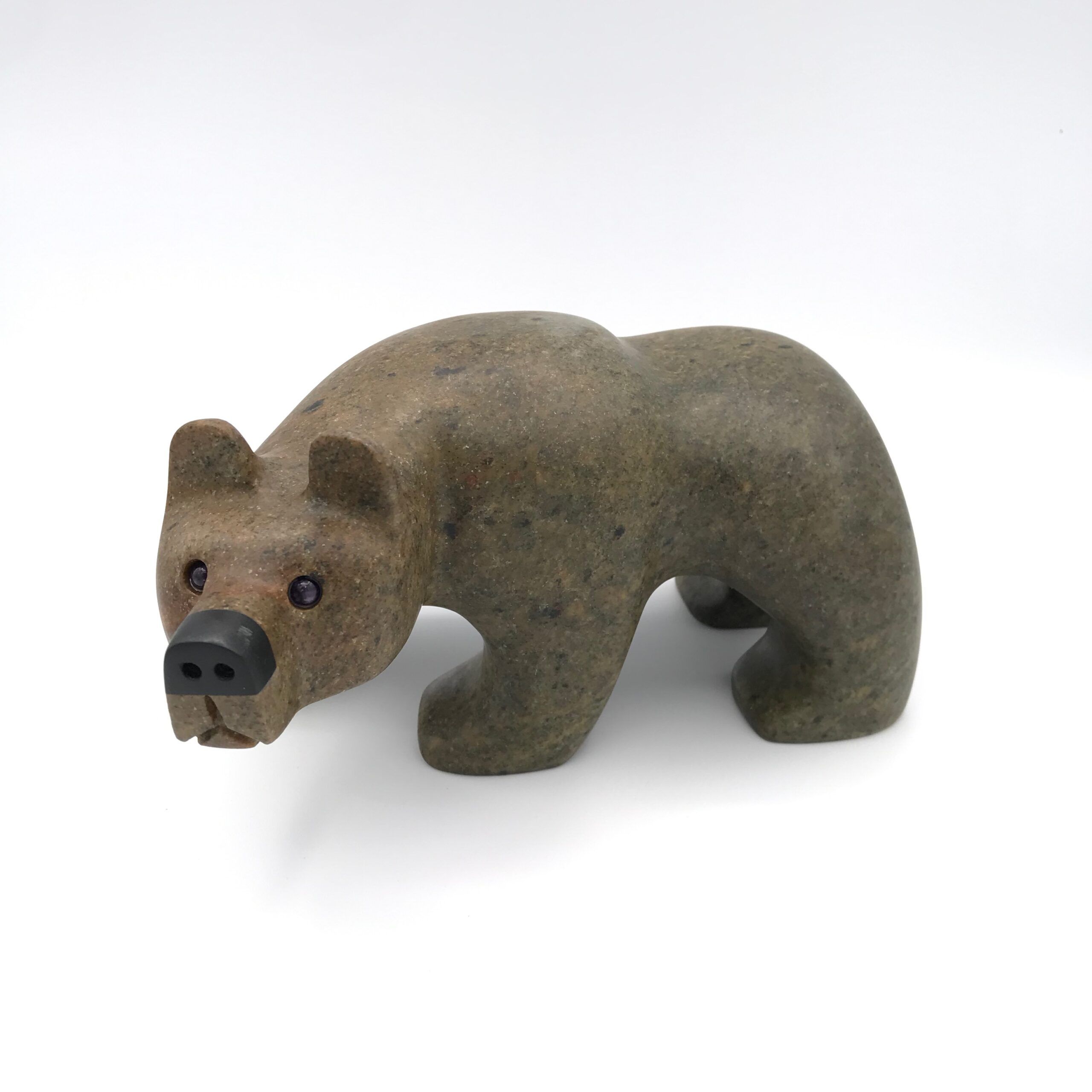 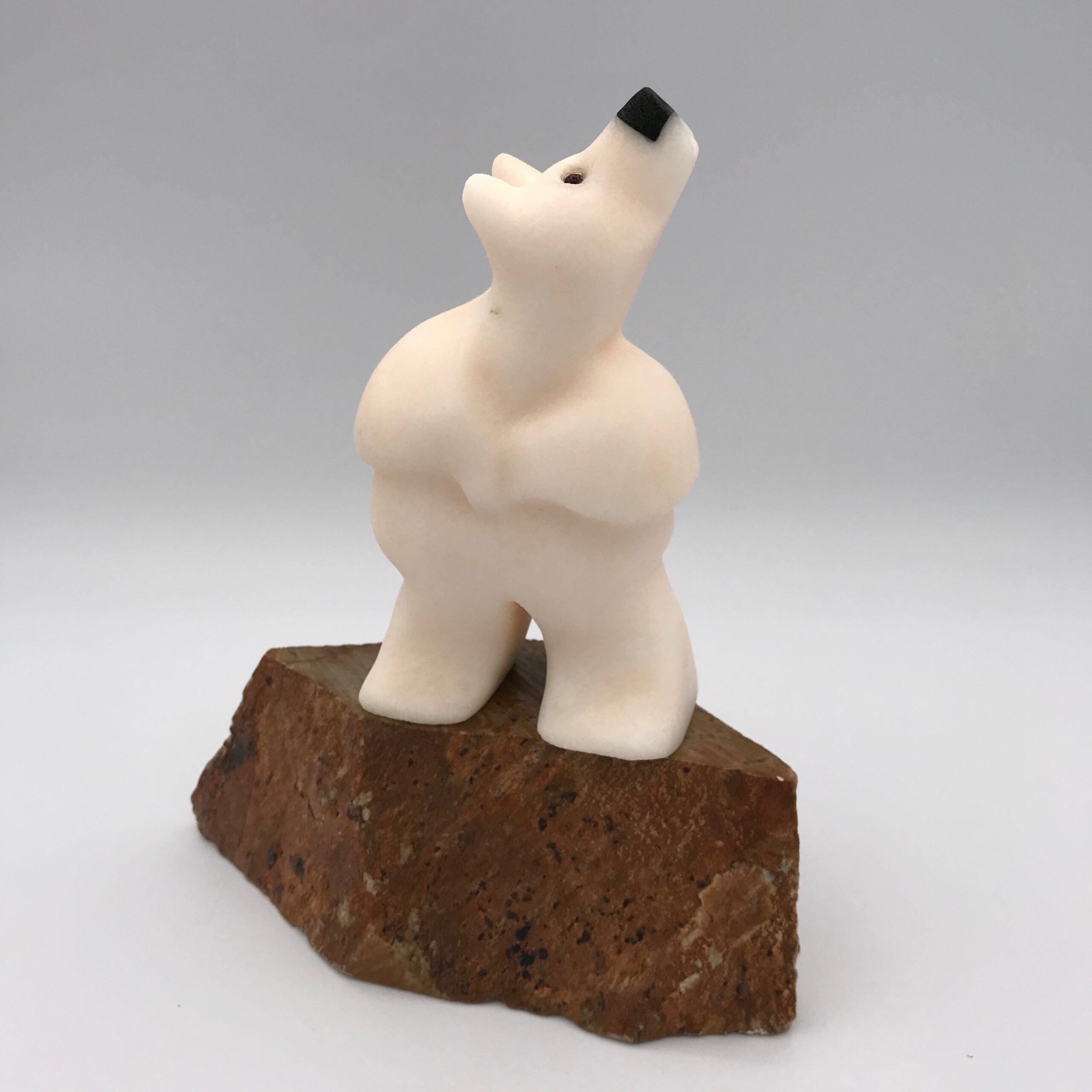 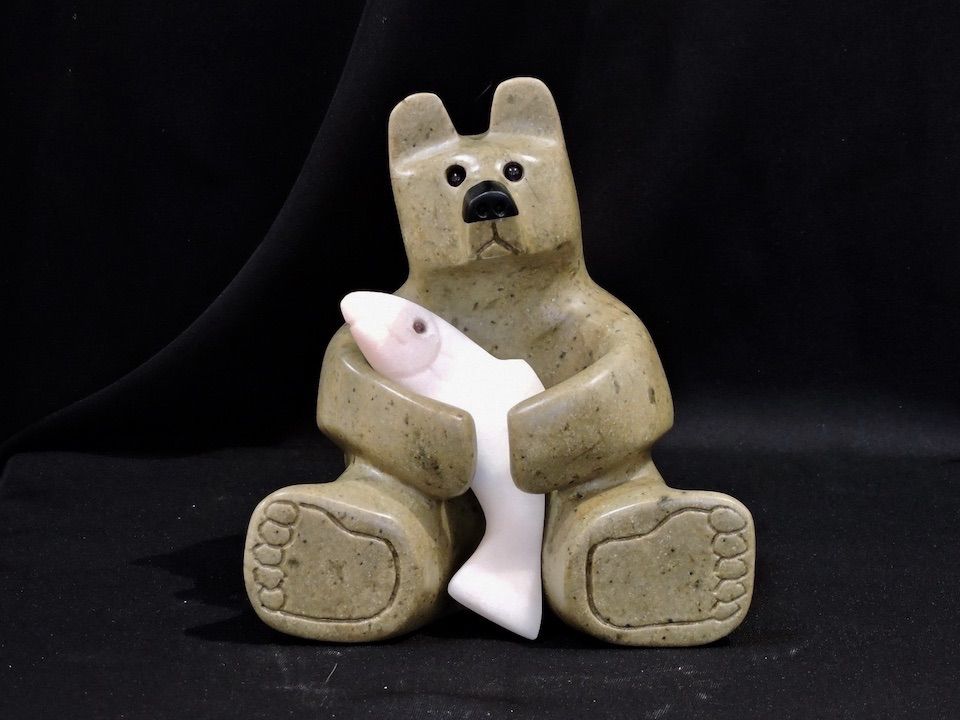 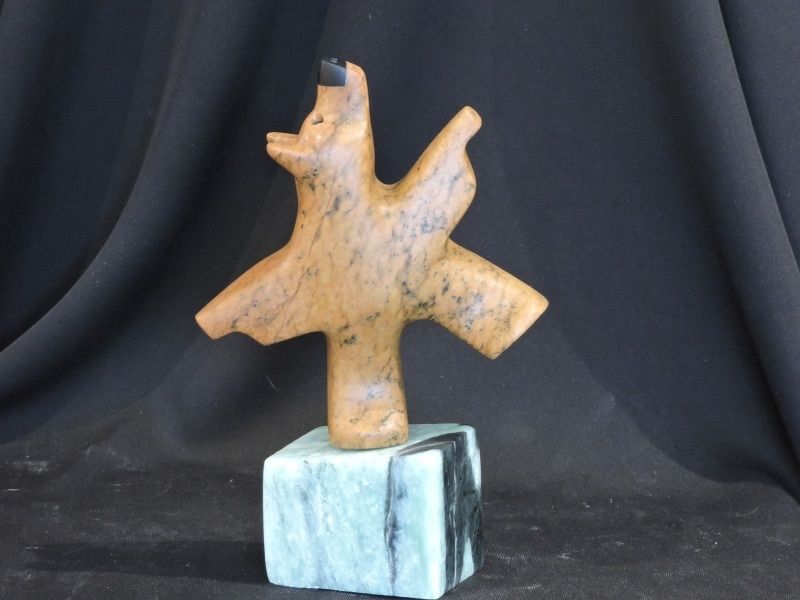