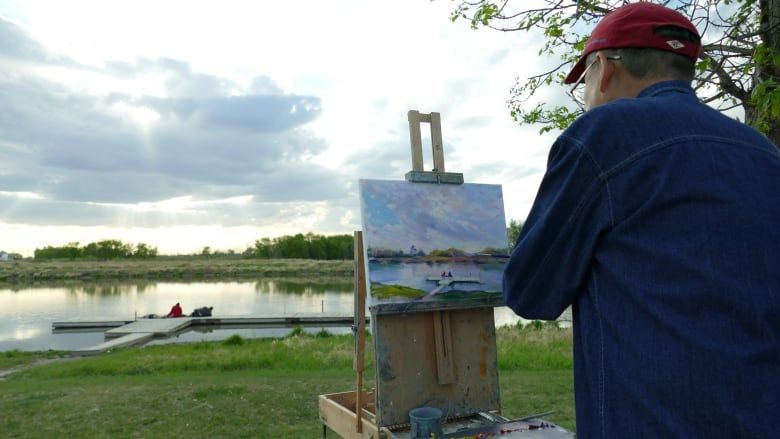 Art a ‘way of life’ for Brandon man whose portfolio spans more than 6,600 paintings and counting – CBC News

Art a ‘way of life’ for Brandon man whose portfolio spans more than 6,600 paintings and counting
by Riley Laychuk CBC News · Posted: Jun 16, 2021

“Weiming Zhao began painting scenes of Manitoba city in 2003 and has rarely gone a day without painting since.” CBC News 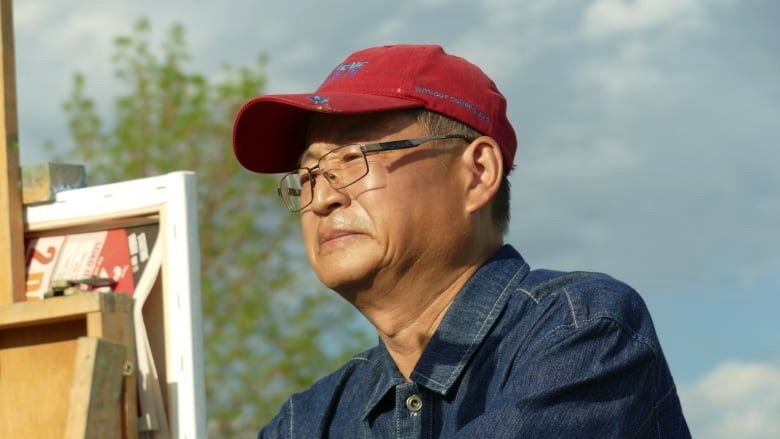 With the stroke of a brush, Weiming Zhao begins another painting.

A seemingly simple scene, the sunset over the Assiniboine River in the southwestern Manitoba city of Brandon. A family canoes by, a couple sits on the dock watching the day wind down.

For Zhao, painting is also how he winds down his day — so much so, his easel and brushes have barely missed a day since 2003.

“Once I started, I never stopped,” said Zhao.

He moved to Canada from China nearly 30 years ago to attend Brandon University. He decided to take up art as a hobby, first drawing simple pencil sketches of downtown Brandon — scenes of people, landmarks and everyday life.

“I just somehow couldn’t stop,” he said. “In one year, I ended up with 500 pencil sketches.

“It was just such a boost.”

Why that day in particular? He isn’t sure. But his portfolio now has more than 6,600 paintings.

He also isn’t sure how many days he has missed, but it isn’t many.

“As long as I feel physically OK that day, I hardly miss a day,” he said. “Even in winter, even when it was snowing outside.

“I always spend a short amount of time outdoors painting.”

Zhao said even on the coldest days, he’d bring a palm-sized easel with him and paint while looking out the windshield of his vehicle. On dark winter nights, he straps a flashlight to his head.

“Now, it’s almost part of my life,” said Zhao, not wanting to think about what would happen if he ever had to stop painting for whatever reason. 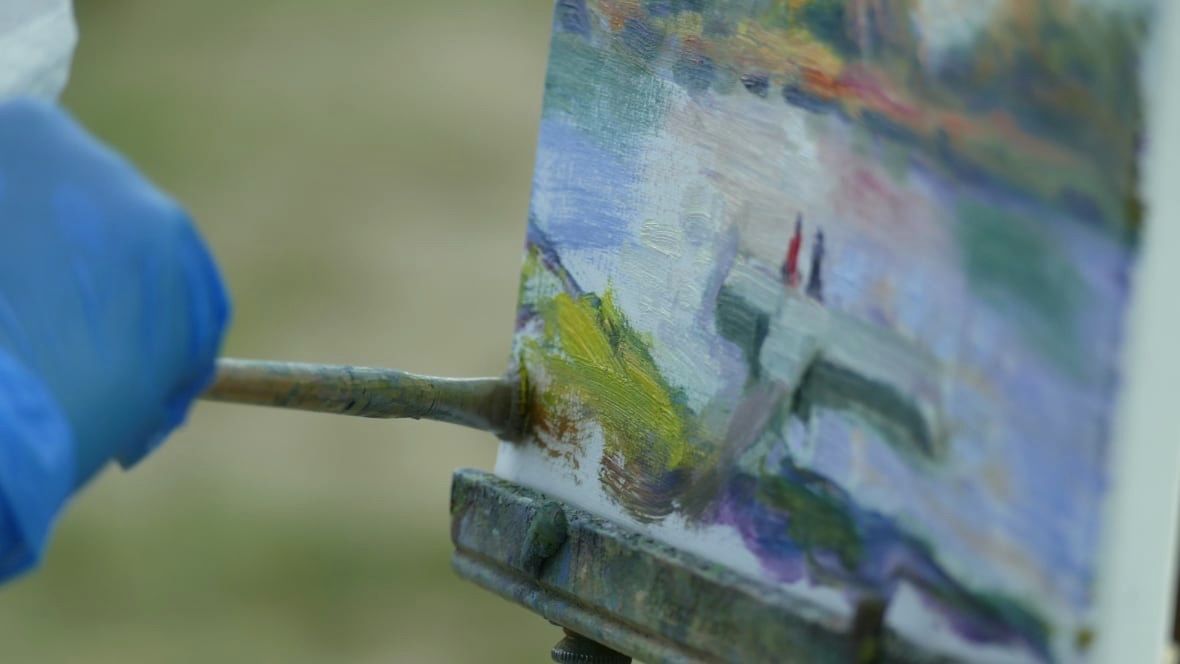 Most of Zhao’s portfolio consists of scenes of Brandon.

“I have been painting here every day,” he said. “Each time I start with something different. There is always something very exciting.

“I have never felt bored with the subject matter. There is always something.”

But when he travels, his easel and paints go along with him — as he’s painted while on vacation in Mexico or Europe.

“I’ve been to a wedding in Maui, in Hawaii. It is a very exotic place to paint,” Zhao said.

And while some may find painting outdoors daunting, he said he doesn’t mind if a crowd forms. 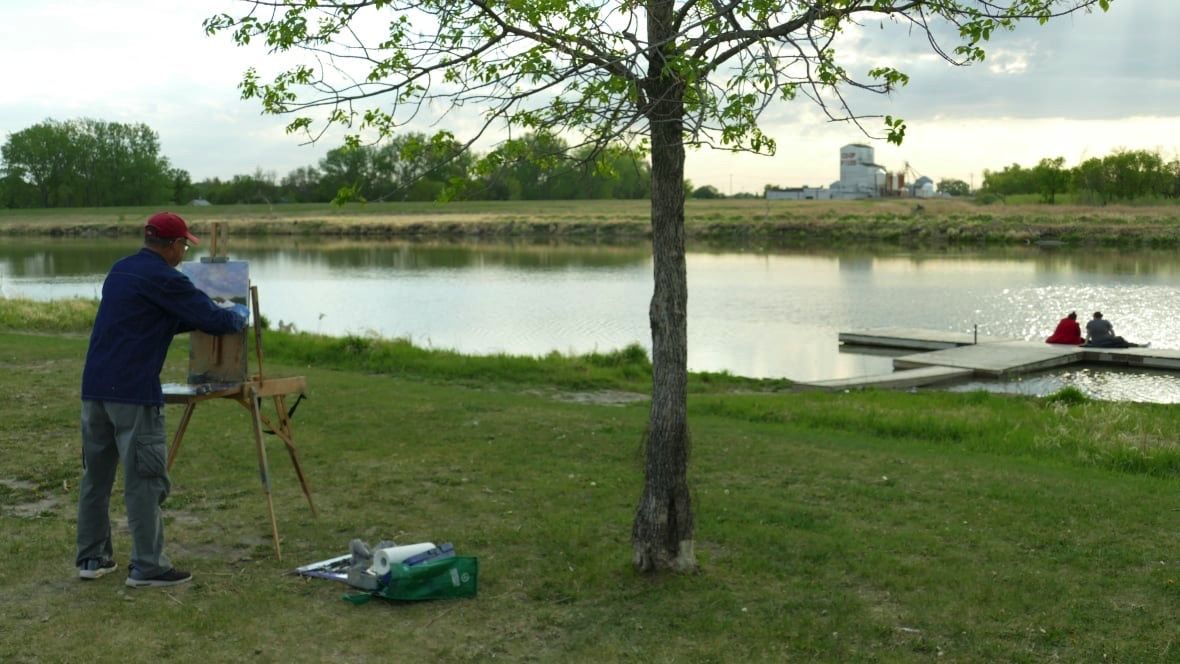 “People always feel very positive and excited at the sight of me painting outdoors, he said. “I was very nervous when I started. Now I am so used to it.

“It’s part [of] the process of a painting,” he added. “You can strike up a conversation, a chat, with people. It’s very rewarding, in a way.”

Zhao said he’s fortunate to have painting as a hobby, which kept him busy during the pandemic. It’s a simple hobby to take up, as long as you’re prepared to make mistakes and have fun with it, he says. 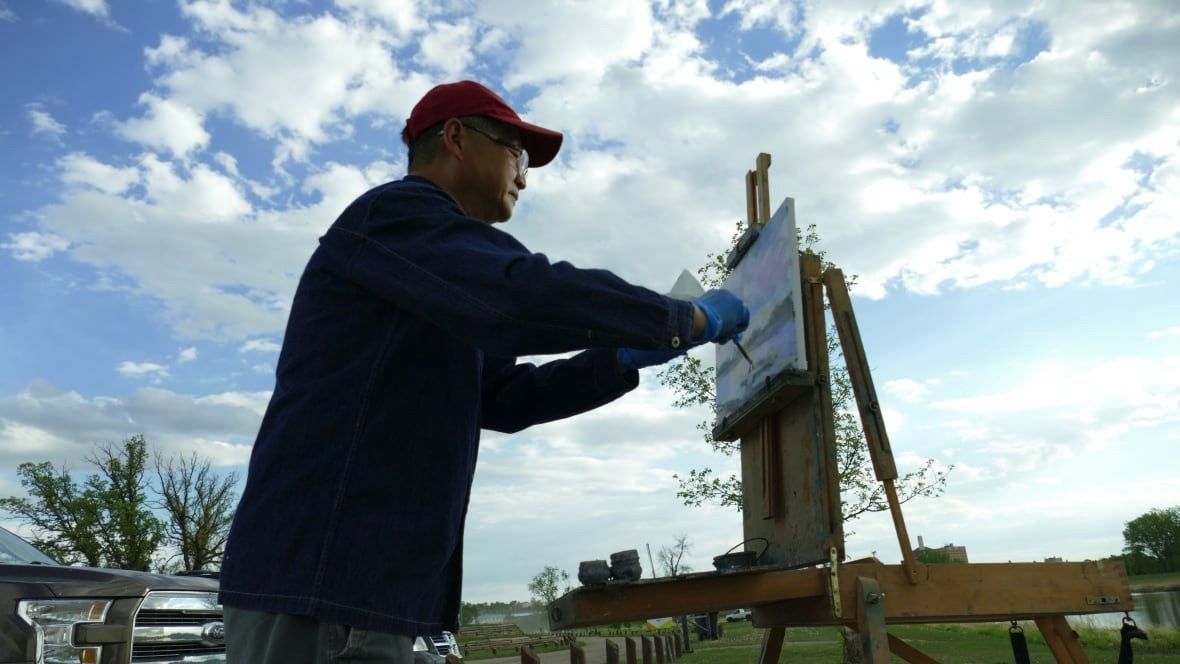 “Take your easel and a brush and a canvas outside,” he said. “Paint outside, be bold and just don’t always try to create a masterpiece.”

Zhao plans to continue painting as long as he is physically able to.

“I can’t imagine stopping it,” he said. “I would be very depressed if I grew out of this, and lose interest.

“That would be the most dreadful thing to even contemplate.”

Art a ‘way of life’ for Brandon man whose portfolio spans more than 6,600 paintings and counting
by Riley Laychuk CBC News · Posted: Jun 16, 2021