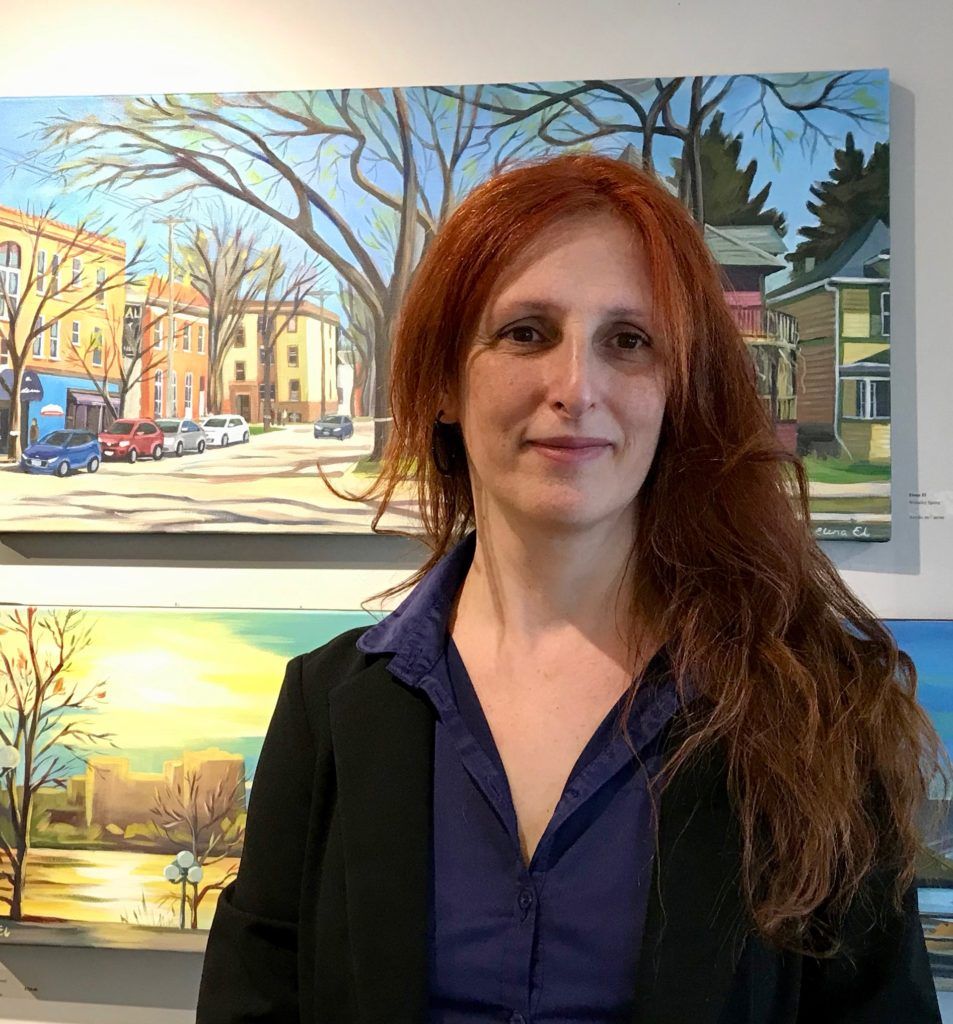 Elena El was born in Ukraine and moved with her family to Haifa, Israel in the early 1990’s, before settling in Winnipeg, Manitoba in 2006. She studied classic drawing and painting at the College of Fine Arts in Odessa, Ukraine and graduated with a Bachelor’s Degree in Graphic Design from the College of Design in Haifa, Israel.

El works as a graphic designer in Winnipeg and has illustrated more than 15 children’s books and educational programs for children. Passionate about her community, she finds inspiration for her paintings throughout the city. Working mainly in acrylics, she depicts local hangouts, sunny street views, and iconic Winnipeg scenes.

She has exhibited her work in several solo and group exhibitions in Winnipeg and was featured on CBC National TV, CBC Manitoba Scene, Breakfast TV Winnipeg, Winnipeg Free Press, and WHERE Winnipeg. She is a member of Assiniboia Group of Artists Cooperative.

Take a stroll through Assiniboine Park, rush downtown at dusk, or pop into the shops of Wolseley as you explore Elena El’s Winnipeg Moments.